If you wish to pay via PayPal, please contact us on Live Chat Support Dismiss

Here is the list of the top ten best 1v1 maps in counter strike global offensive. These all are workshop maps created by the counter strike global offensive fans to practice 1 on 1 gameplay mode. There are videos over the internet of friends resolving the issue through the cs: go 1v1 match. There is no team in these maps as a number of players is one on both sides which means there are no bots in the game. The URL link has been attached with maps on this list so that opponents can match each other in the game. These maps aren’t password protected. 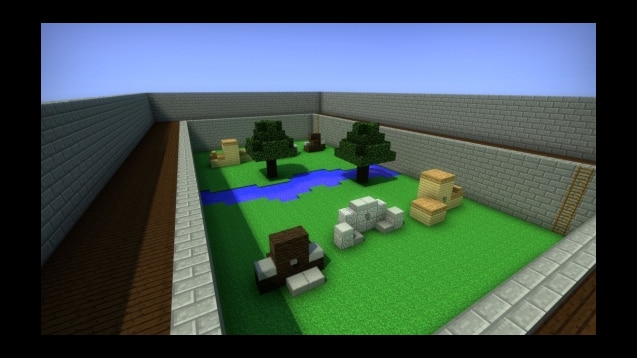 What’s a better way to start this series with a 1v1 map dedicated to this well Minecraft block game? It’s a range of ladders to get us to the elevated platforms that circle the map, a water stream in the center to make it difficult to get attacked, and barriers of varying heights that could be used to shimmy. This Minecraft map is widely used on 1v1 community servers and has 52,254 active Steam Workshop viewers.

This is my favorite range to practice 1v1 map headshots since the map has a lot of odd shapes from around the map that gives you perspectives where the enemy can just see one‟s head. The chart has several ladders that will help you practice your vertical flicks. This chart also comes with a working radar that lacks a number of other 1v1 maps. It currently has 62,115 subscribers on the Steam Workshop.

This map is unusual from other maps, it includes gun spawning, AWP, AK47, M4A1-S, M4A4, Scouting, and purchase zones for other weapons. This map comes with a variety of obstacles and platforms that makes the 1v1 more serious. The map is also visually appealing in that the eye is coloured blue for counter-terrorism and orange for the terrorist. This is my favourite map to make AWP 1v1 on because those walls can be banged. This map has a current number of 345,012 Steam Workshop subscribers.

One of the most famous 1v1 maps and one of the personal favorites. It’s got the M4A4 and the AK-47 spawns on the floor where you spawn. It also has a single AWP spawn at the top of the red crates to the middle of the world. It’s my 1v1 map since it has headshot viewpoints, stairs, boxes to cover behind, and basically, it’s a well-balanced map with plenty of vantage points to look at. This map currently has 390,976 on its subscription list in the community servers on the Steam Workshop.

This is another one of the maps that are very popular on 1v1 group servers. It is a map of the old inferno, which spawns around the yellow car and the other spawned at b site near the ramp. This is a helpful map because it lets you learn what angles you need to clear first when you hit bananas, whether they’re from the counter-terrorist side or even the terrorist side.

This map is not very well known, but this is one of my friends’ favourites for pistol duels and it really is a hidden treasure and that deserves further attention. It’s a basic open map with very few pillars that you can use to look out and hunker down. This map has a current subscriber count of 11,984 for the Steam Workshop.

7. Aim_Map_Pro by Rust in Peace

On the map, you’ll see Twitch Gamers, Youtubers, and Professional Counter strike Global Offensive Players use 1v1 and resolve arguments over who’s better. It’s a brilliant map that sets the response times in place and aims at testing practice. the reason What makes this map the best on steam is that this map features an impressive subscriber count of 780,777 Steam Workshop subscribers community.

Another map that is not widely known yet needs to be known is the aim aim aim map. It’s simple with openings, bins, and the best 1v1 map for small-budget players since it’s designed to hold the FPS stable. you can consider this map to be just another hidden treasure that needs some further attention. The current number of subscribers at the Steam Workshop is 48,256.

A chart that you don’t really see very much but certainly needs to be on this chart is the aim map by Sgt. Krex. It’s a map of a lot of challenges and altitudes practice. You will get the cover from the bins, the tent in the centre, the ramps to the side as well as the headshot container on the corners of the map. That’s why it’s the gamers favourite Desert Eagle map in 1v1 play mode. The map has a current subscriber count of 556,284 on the Steam Workshop.

The iconic “go-to” AWP map, well recognized for being on 1v1 community servers and its vibrant colors. This map has stairs, ladders, and is easily accessible with plenty of long-range viewpoints that make it ideal for AWPing 1v1s to practice. This map has a current subscription number of 901,548 on the Steam Workshop.